Posani Krishna Murali is a screenwriter, actor, director and producer who primarily works in Telugu cinema. He worked as a writer for over 150 Telugu  movies  and directed a number of film.  Posani  is also popular as a controversial person. His controversial statements including Megastar Chiranjeevi and Pawan Kalyan in politics affected his career too. Now according to the latest report, Posani Krishna Murali has become a singer. Posani Krishna Murali crooned a song  Green Tea for  Bhala Tandanana  which is directed by Chaitanya Dantuluri and has Sree Vishnu in the lead roles.  The lyrics of Green Tea  are penned by Shreemani, Kasarla Shyam and Tripuraneni Kalyanachakravarthy whereas crooned by Prudhvi Chandra, Harika Narayan and Posani Krishna Murali.

Sai Korrapati is bankrolling this film  under the  banner Vaaraahi Chalana Chitram which has the music by Mani Sharma.  Today the makers of  Bhala Tandanana  released lyrical video of the song which is  crooned by Posani Krishna Murali Posani. Garuda Ram  who is best known for playing the villain in Yash starrer KGF: Chapter 1 is also seen in this video song.

Get your Saturday vibes right with this Peppy #GreenTea Lyrical Video from #BhalaThandhanana, Out Now on @MangoMusicLabel 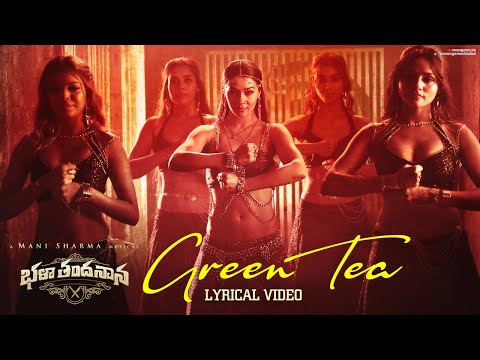